ALREADY A MEMBER? GET YOUR LOGIN HERE.

Every candidate must provide a complete application form and all necessary documents.

The prospective new member is first interviewed by 2 Board members of the Antwerpsche Diamantkring.

After which the application is discussed and voted by the full Board.

A member organization, diamond traders seeking to join the Antwerpsche Diamantkring must  demonstrate their probity and good reputation.

Every candidate must provide a complete application form and all necessary documents. The prospective new member is first interviewed by 2 Board members of the Antwerpsche Diamantkring after which the application is discussed and voted by the full Board. Membership of the Antwerpsche Diamantkring provides a comprehensive set of rights and privileges to the international diamond community.

Banks, mining companies and other facilitators request their corporate diamond account holders to be a member of an Antwerp diamond Bourse. 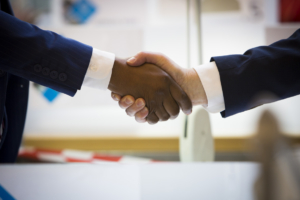 The original idea behind internal dispute resolution at the Diamond Bourses was to provide members with an efficient and rapid legal service that would help process the resolution of disputes either through mediation or arbitration.

Dispute cases are in first instance handed to the secretariat of the Antwerpsche Diamantkring. Both parties are summoned to appear in a hearing. The dispute is heard by 2 members of the Board of Directors of the Antwerpsche Diamantkring, functioning as mediators. The mediators will hear both sides of the dispute and will attempt to resolve differences through mutual agreement of both parties by using the mediators’experience and business acumen as diamantaires.

In cases when the mediation attempt is unsuccessful the parties will be given leave to select to go to arbitration, which is a fully fledged legal process and is conducted under the authority of the Belgian Federation of Diamond Bourses. In disputes with an international perspective, the arbitration can be conducted under the authority of the World Federation of Diamond Bourses and their set of by-laws and inner rules.

In both cases, mediation and arbitration, the process managed by diamond professionals, tends to be faster, cost-effective and better adjusted to the specific trading conditions of the diamond trade compared to the litigation in court, thereby rendering a valuable service to the diamond market. The dispute resolution systems and authority of the Antwerp diamond exchanges are recognized by the Belgian courts.